A membership list allows DX4WIN 8.01 and later to recognize a callsign as a member of a group of callsigns. Member "flags" are displayed in the DX Spots window when a spotted callsign matches one or more membership list (see the Memb column below): 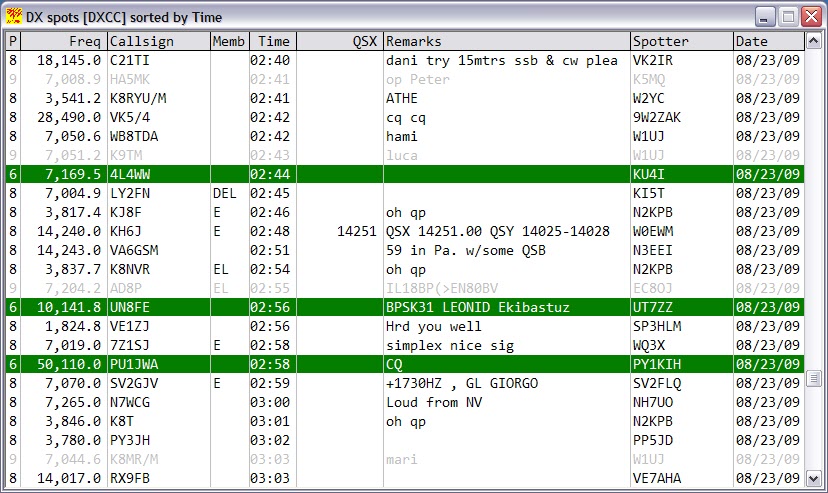 In the example above, LY2FN is a member of the DIG (Diplom Interessen Gruppe) list, and is also a user of both eQSL and LoTW.

The members database can contain up to four (4) such lists.

The callsigns can be added to the list using a simple text file containing the callsigns, one per line. Examples of such a list are club members, subscribers to LoTW or eQSL, active stations in a state you still need to work etc.

Guy, ON4AOI has some pre-made member lists available on his DX4WIN web site.

You can also obtain a set of membership lists by downloading the DX4WIN Award Database. Member lists have a ".list" extension.

To create or edit the Members database, right-click on the DX Spots window and select "Membership list": 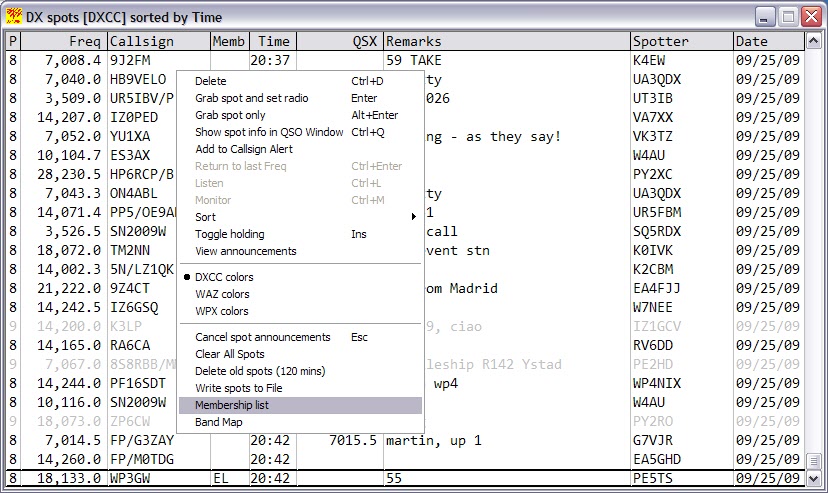 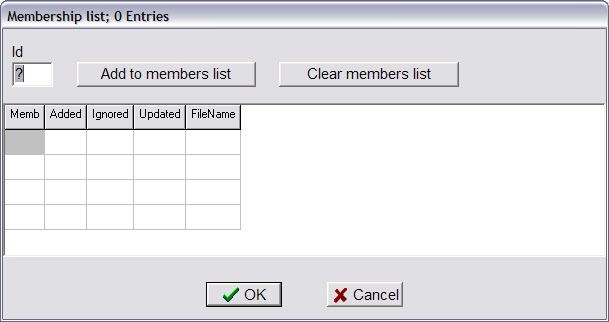 These steps will create the Logbook of the World (LoTW) membership list: 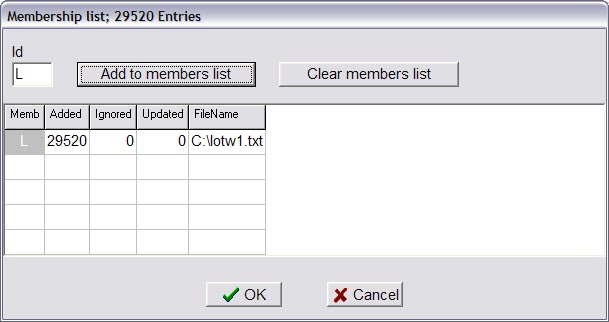 If you want to add a second list (i.e. eQSL), follow the same steps #1-4 above. You can repeat this up to a total of four times (four lists). In the following screen, eQSL has been added: 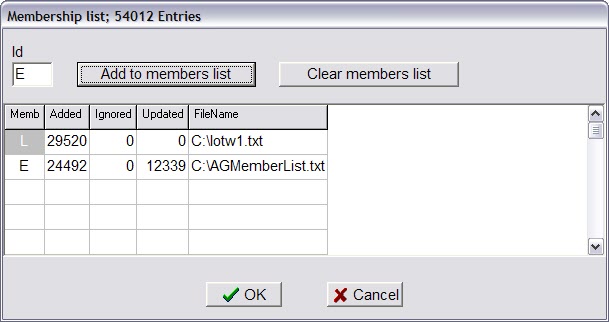 Note the Updated column. DX4WIN stores each callsign in the database only once. Thus, if a call appeared in the LoTW list, and was also found in the eQSL list, that member is considered to be "updated" rather than "added". So the total of eQSL members is 36831 (24492 + 12339).

When you are done adding members, click on the "OK" button, then DX4WIN will write the DX4WIN.MAS2 file to your DX4W80x directory.

Updating the Members database is similar to creating one. The only difference is that records are added to an existing list, but never removed.

Remember to use the correct Id letter. Otherwise, you could update the eQSL list with LoTW callsigns.

Here is an example showing an existing Member database updated with the latest eQSL data: 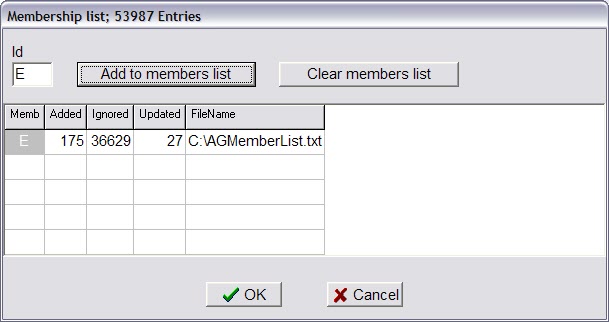